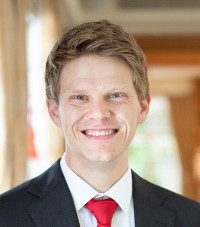 Researching at the intersection of atmospheric science and machine learning.

In my previous posts I explained why reproducibility is an important topic that is probably underappreciated in the weather and climate sciences at the moment. Here, I just wanted to present a simple hack which makes figures created with the Python library matplotlib more reproducible.

The basic idea, based on Damien Irving’s inspiring paper, is to save a log file along with each figure. The file has the same name as the figure file but with the ending .log instead of .pdf or whatever format the figure is in. The log file contains information about:

Here is an example of such a log file:

From this information it should be easy to reproduce the respective figure. The only change required is to replace the usual savefig call with a call to the function save_fig_and_log. A similar method could be used to trace intermediate steps, such as pre-processing data.

Certainly there are more elegant solutions. But hopfully this code snippet can provide a good starting point for implementing reproducibility and serve as inspiration for better solutions. As always I am very interested to hear your opinions.